CD31 as a Therapeutic Target in Atherosclerosis 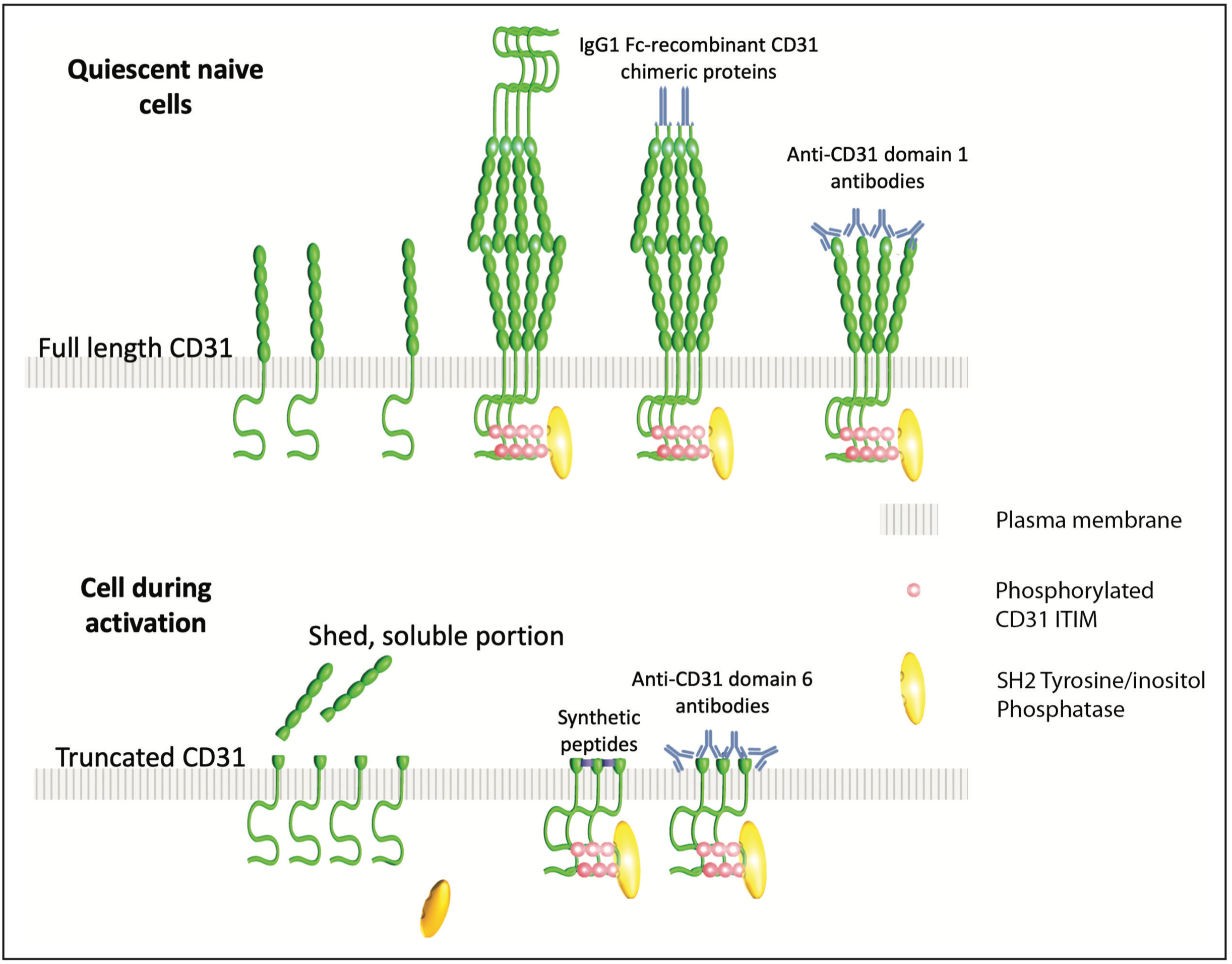 The potential of CD31 as a therapeutic target in atherosclerosis has been considered ever since its cloning in the 1990s, but the exact role played by this molecule in the biologic events underlying atherosclerosis has remained controversial, resulting in the stalling of any therapeutic perspective. Due to the supposed cell adhesive properties of CD31, specific monoclonal antibodies and recombinant proteins were regarded as blocking agents because their use prevented the arrival of leukocytes at sites of acute inflammation. However, the observed effect of those compounds likely resulted from the engagement of the immunomodulatory function of CD31 signaling. This was acknowledged only later though, upon the discovery of CD31’s 2 intracytoplasmic tyrosine residues called immunoreceptor tyrosine inhibitory motifs. A growing body of evidence currently points at a therapeutic potential for CD31 agonists in atherothrombosis. Clinical observations show that CD31 expression is altered at the surface of leukocytes infiltrating unhealed atherothrombotic lesions and that the physiological immunomodulatory functions of CD31 are lost at the surface of blood leukocytes in patients with acute coronary syndromes. On the contrary, translational studies using candidate therapeutic molecules in laboratory animals have provided encouraging results: synthetic peptides administered to atherosclerotic mice as systemic drugs in the acute phases of atherosclerotic complications favor the healing of wounded arteries, whereas the immobilization of CD31 agonist peptides onto coronary stents implanted in farm pigs favors their peaceful integration within the coronary arterial wall.