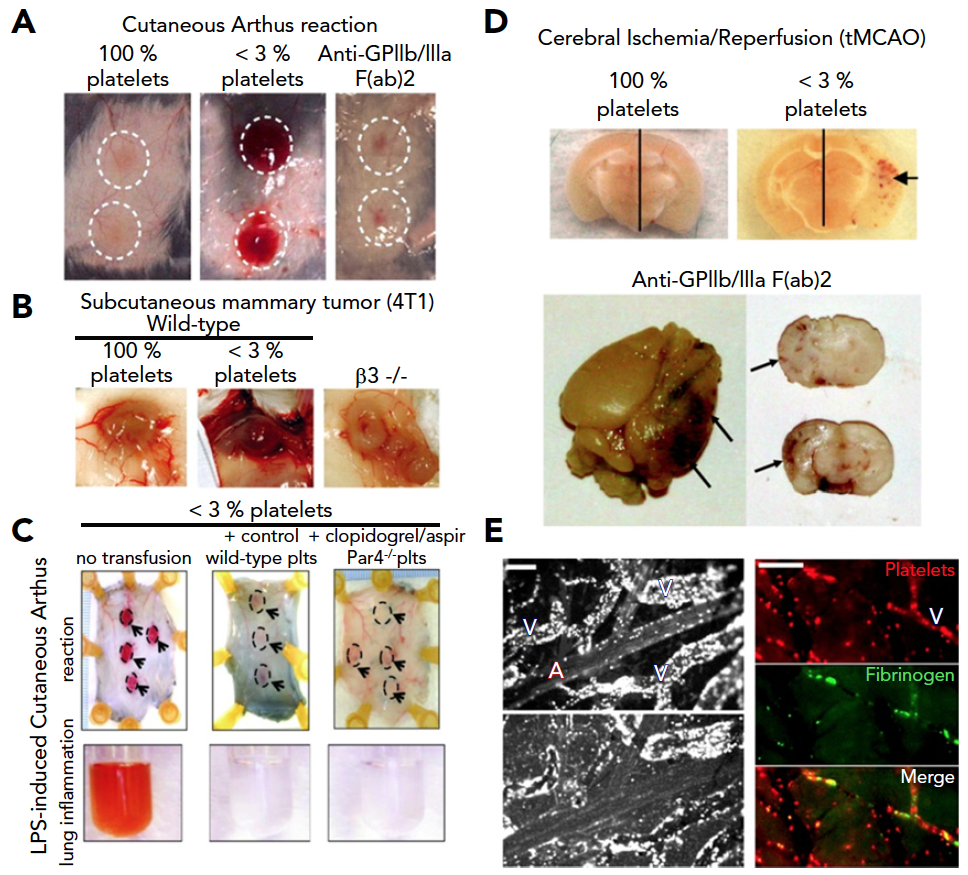 Platelets play a central role in primary hemostasis by forming aggregates that plug holes in injured vessels. Half a century ago, detailed studies of the microvasculature by electron microscopy revealed that under inflammatory conditions that do not induce major disruption to vascular structure, individual platelets are mobilized to the vessel wall, where they interact with leukocytes and appear to seal gaps that arise between endothelial cells. Recent developments in genetic engineering and intravital microscopy have allowed further molecular and temporal characterization of these events. Surprisingly, it turns out that platelets support the recruitment of leukocytes to sites of inflammation. In parallel, however, they exercise their hemostatic function by securing the integrity of inflamed blood vessels to prevent bleeding from sites of leukocyte infiltration. It thus appears that platelets not only serve in concert as building blocks of the hemostatic plug but also act individually as gatekeepers of the vascular wall to help preserve vascular integrity while coordinating host defense. Variants of this recently appreciated hemostatic function of platelets that we refer to as “inflammation-associated hemostasis” are engaged in different contexts in which the endothelium is challenged or dysfunctional. Although the distinguishing characteristics of these variants and the underlying mechanisms of inflammation-associated hemostasis remain to be fully elucidated, they can differ notably from those supporting thrombosis, thus presenting therapeutic opportunities.