A Comparison of Two LDL Cholesterol Targets after Ischemic Stroke 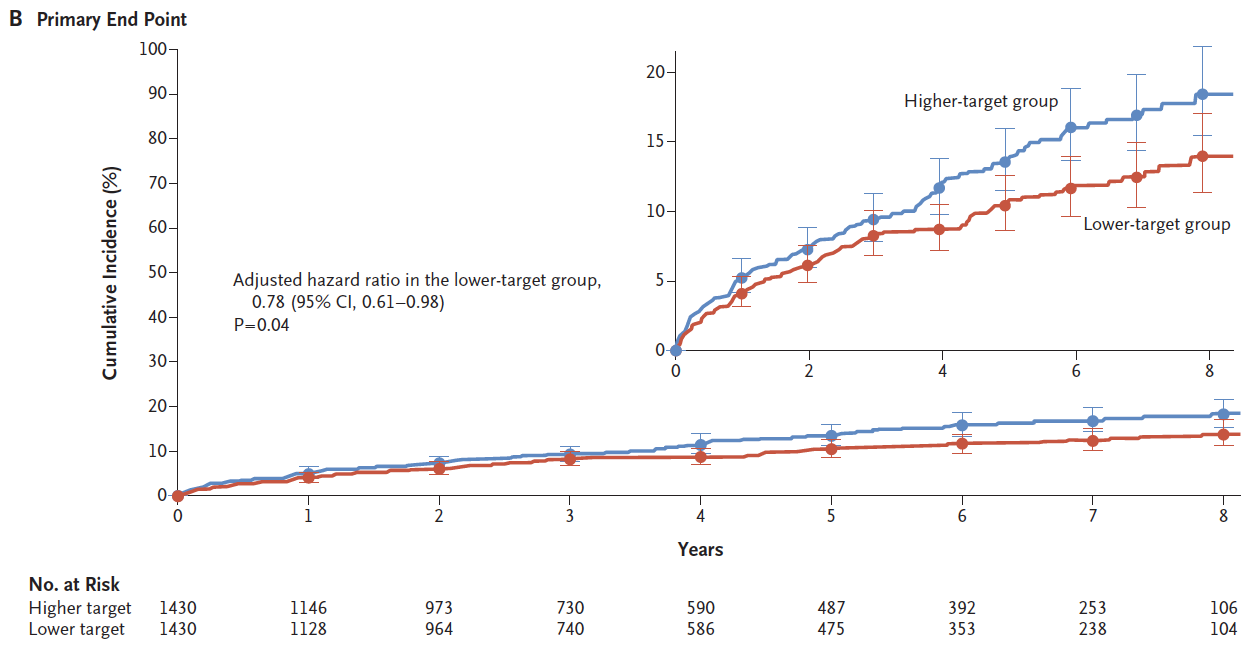 BACKGROUND: The use of intensive lipid-lowering therapy by means of statin medications is recommended after transient ischemic attack (TIA) and ischemic stroke of atherosclerotic origin. The target level for low-density lipoprotein (LDL) cholesterol to reduce cardiovascular events after stroke has not been well studied.

METHODS: In this parallel-group trial conducted in France and South Korea, we randomly assigned patients with ischemic stroke in the previous 3 months or a TIA within the previous 15 days to a target LDL cholesterol level of less than 70 mg per deciliter (1.8 mmol per liter) (lower-target group) or to a target range of 90 mg to 110 mg per deciliter (2.3 to 2.8 mmol per liter) (higher-target group). All the patients had evidence of cerebrovascular or coronary-artery atherosclerosis and received a statin, ezetimibe, or both. The composite primary end point of major cardiovascular events included ischemic stroke, myocardial infarction, new symptoms leading to urgent coronary or carotid revascularization, or death from cardiovascular causes.

CONCLUSIONS: After an ischemic stroke or TIA with evidence of atherosclerosis, patients who had a target LDL cholesterol level of less than 70 mg per deciliter had a lower risk of subsequent cardiovascular events than those who had a target range of 90 mg to 110 mg per deciliter. (Funded by the French Ministry of Health and others; Treat Stroke to Target ClinicalTrials.gov number, NCT01252875.).